The CCGLTouch wrapper allows the use of Cinder within a typical Cocoa project for iOS. Thus enabling C++/Obj-C creative coders in building iPhone/iPad apps that show several Cinder sketches in tabs or split views, and use UISliders, UISwitches, etc.

Download the CCGLTouch examples package. Unzip the file and place the "CCGLTouch" you obtain at the root of your Cinder folder, besides "samples", "blocks", "lib"...

Within CCGLTouchBasic, open CCGLTouchBasic.xcodeproj and run it in the iPhone Simulator or on a device: the project should build and the CCGLTouchBasic app should launch with a rotating, colorful cube whose size you can adjust with a Cocoa Touch slider. 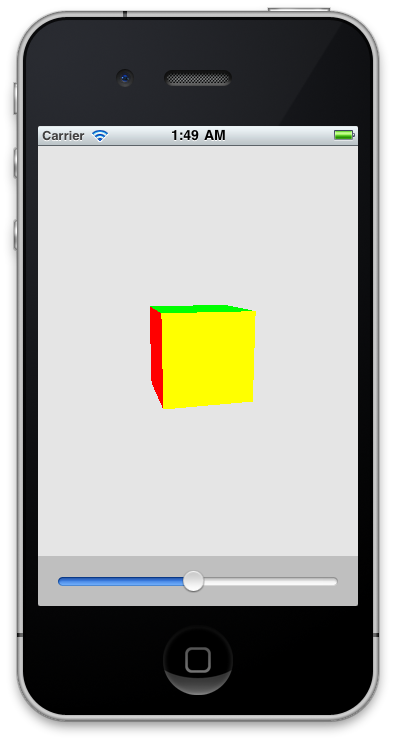 First navigate to XCode.app within the Applications folder on your Mac, right-click on it and select 'Show Package Contents' from the context menu. Then take a deep breath, and place the templates' *.xctemplate that you've previously downloaded folders there:

Phew. You're ready. Launch XCode, create a new project and select the template of your choice from the iOS > Application menu. Make sure to save the project's folder inside of a folder (ie. "MyCCGLTouchProjects") at the root of your Cinder folder. 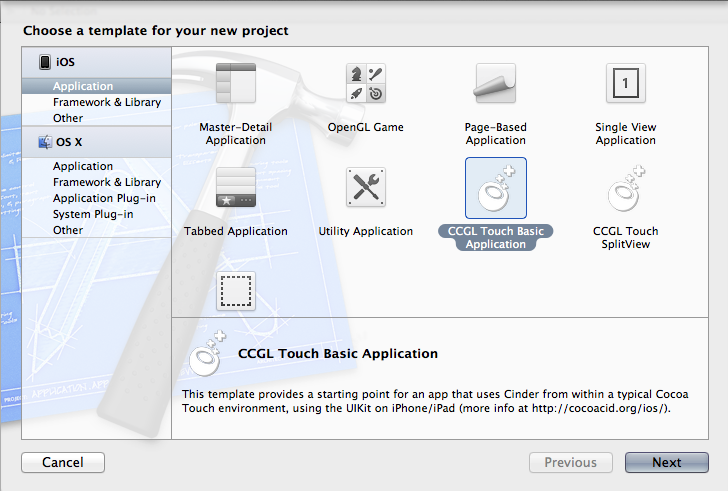 ▸ A brief note about the files and their roles

Unfold all the groups in the project's hierarchy in order to get something similar to the image on the left.

In order to use the Cinder framework within a typical XCode project, it is necessary to go around the application building process that magically happens when rendering a Cinder project. This is what MyAppDelegate and the ViewController(s) are here for. The AppDelegate generates a view that is of MyCCGLView class type, and is controlled by the MyViewController.

The MyCCGLView class may bear any name you like. That is where you're going to write what's being drawn in the view. But it must inherit from the CCGLTouchView class whose .h and .mm you will find under the "CCGLTouchCore" group. Everything in that CCGLTouchCore group should remain intact unless you want to implement new functions, or tweak the defaults... at your convenience.

Made with the wrappers